There are many exciting activities happening at the high school! Field Hockey, Swimming, Football, Cheer, Tennis, Volleyball, Soccer, Dance, Softball, Golf, and Cross Country began their seasons. Acapella and Drama finished up their auditions last week. Clubs, Choirs, Band, and Ensembles began the year with performances and welcome meetings at school.
There are over 60 club and activity groups at WGHS! Philosophy Club, High-Step Club, Anime Club, and Rock Climbing Club are just a few. Click below to learn about all the formal clubs and activities at the high school.
Get to Know WGHS Student Clubs and Activities 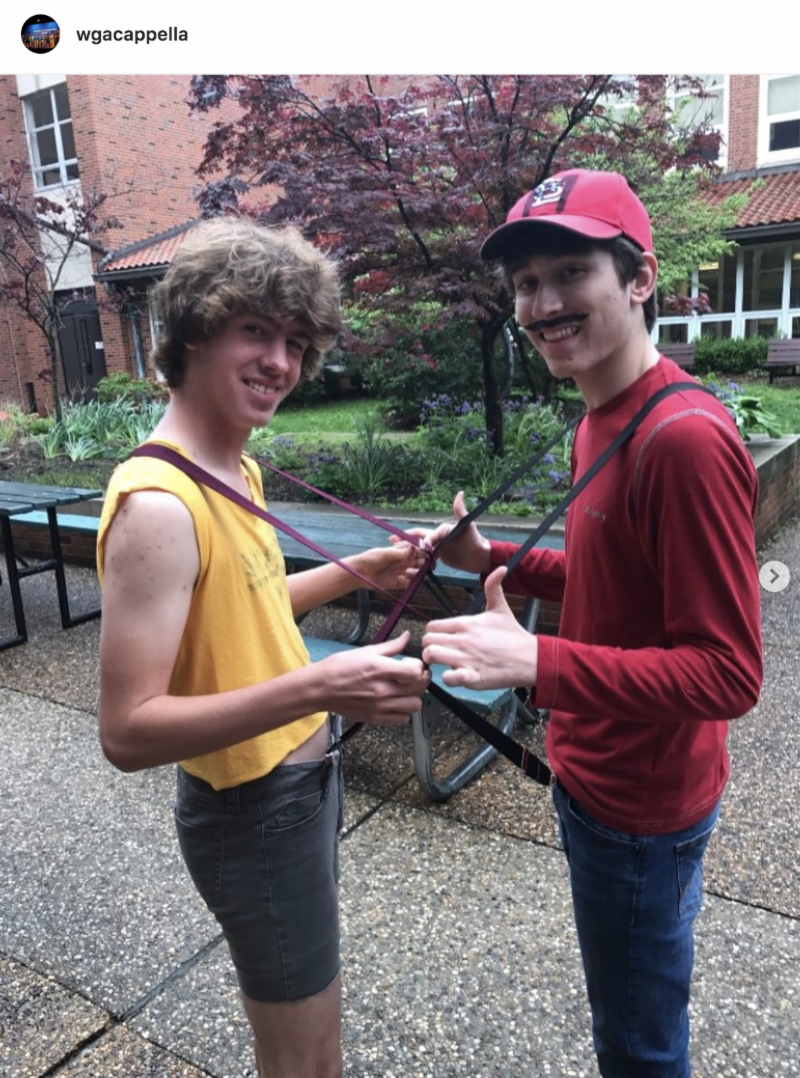 Season Opening Sports Highlights
WG Girls Volleyball started their season off by going undefeated in pool play and taking second in the gold bracket at the Visitation Tournament. This week, there were wins at the Pattonville, Ladue and MICDS. Photo via Statesmensports on Twitter. 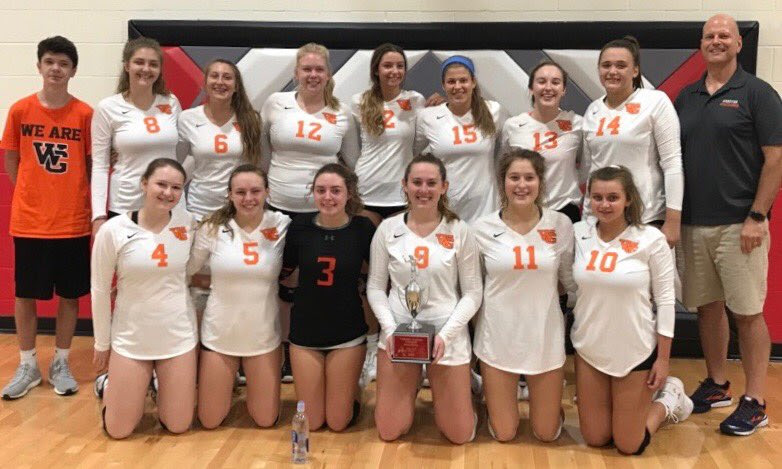 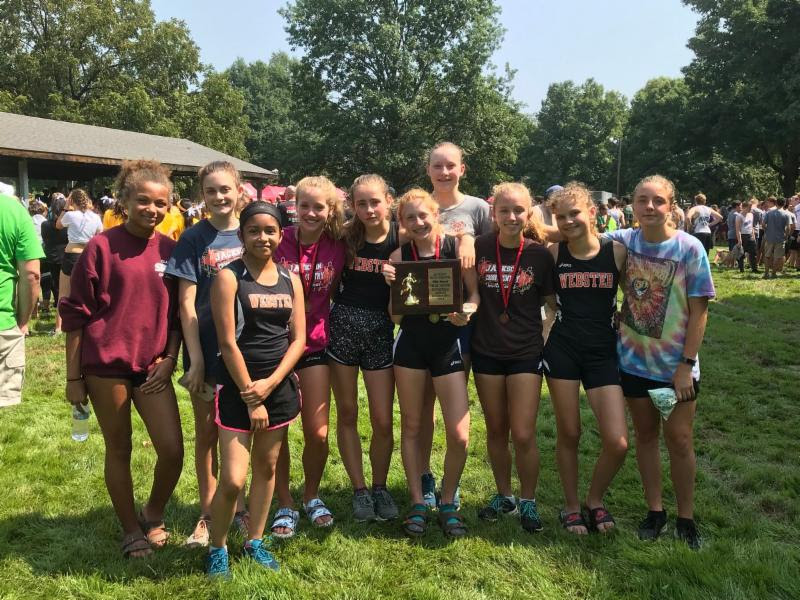 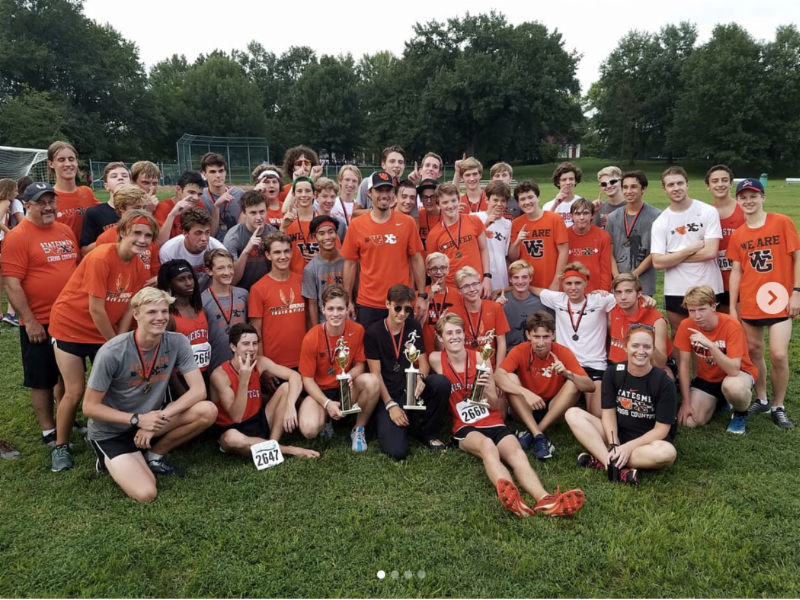 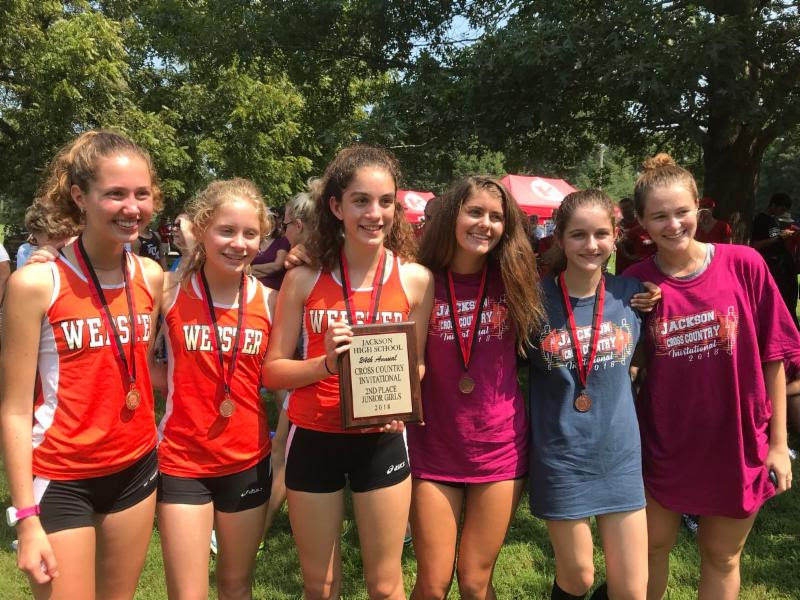 The Football team started their season with a defeat by Jackson 42-7, and we send hope for a speedy recovery for players who were injured at the game. 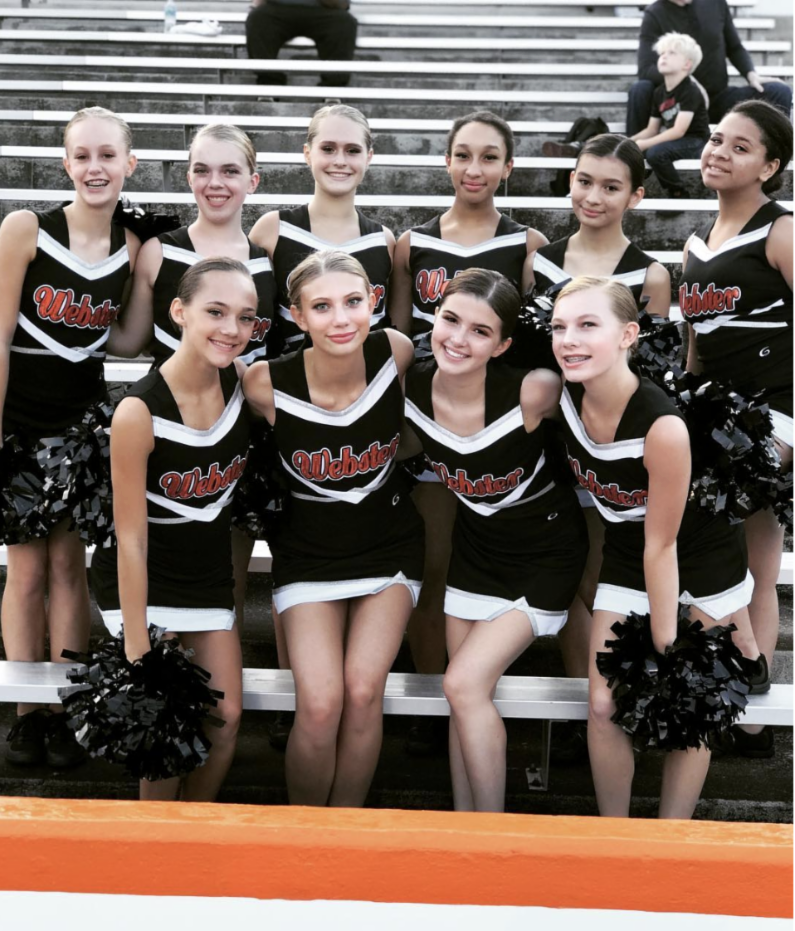 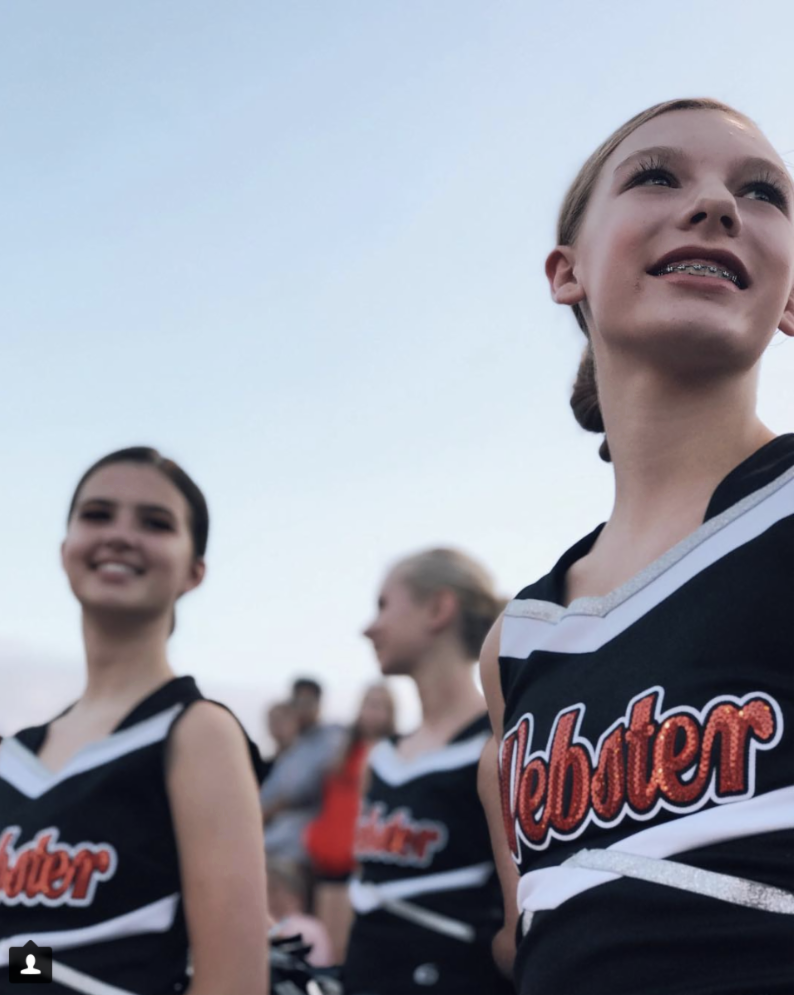 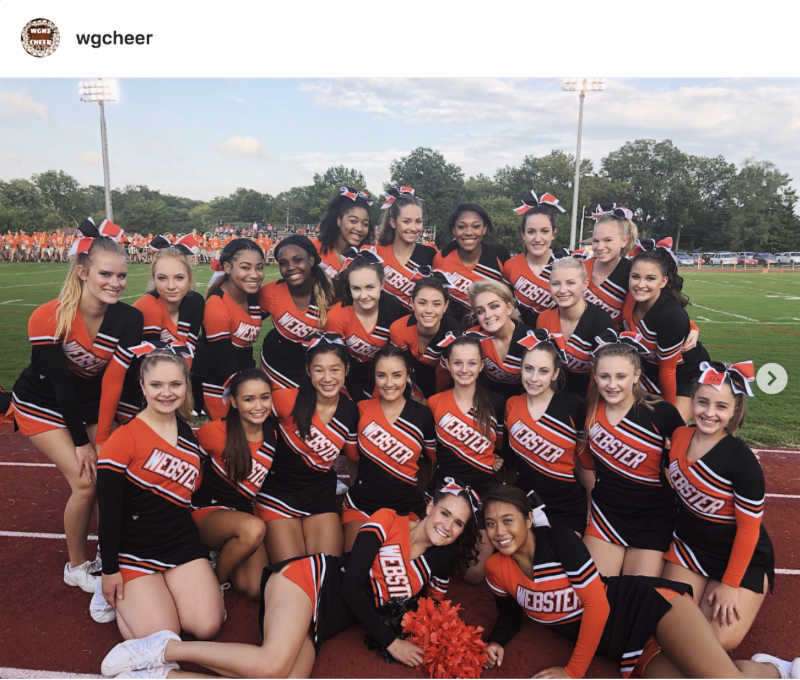 WGHS Cheer Team photo via WGCheer on Instagram.
Boys swimming had big win at their opening meet against Affton with a final score of 137-22! Several of the swims are being considered for state. This week they hosted Parkway South at Meramec. Photos via Statesmensports on Twitter. 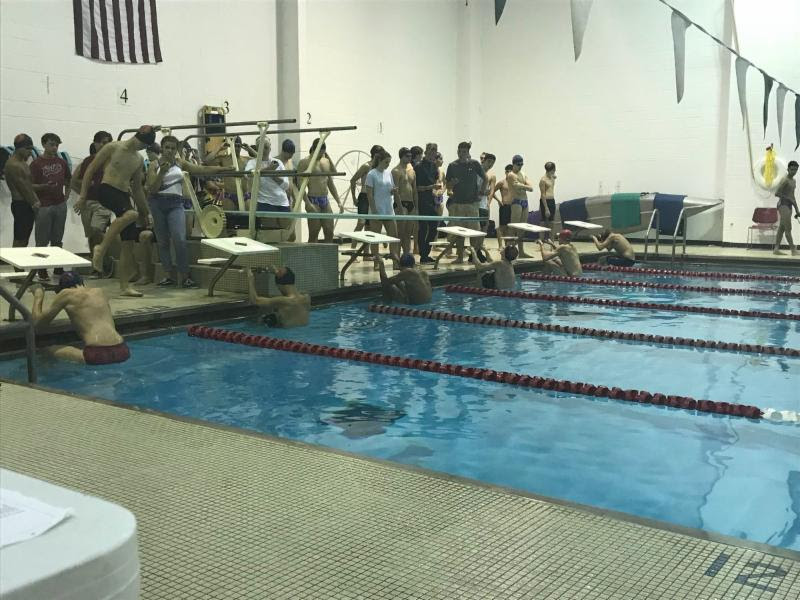 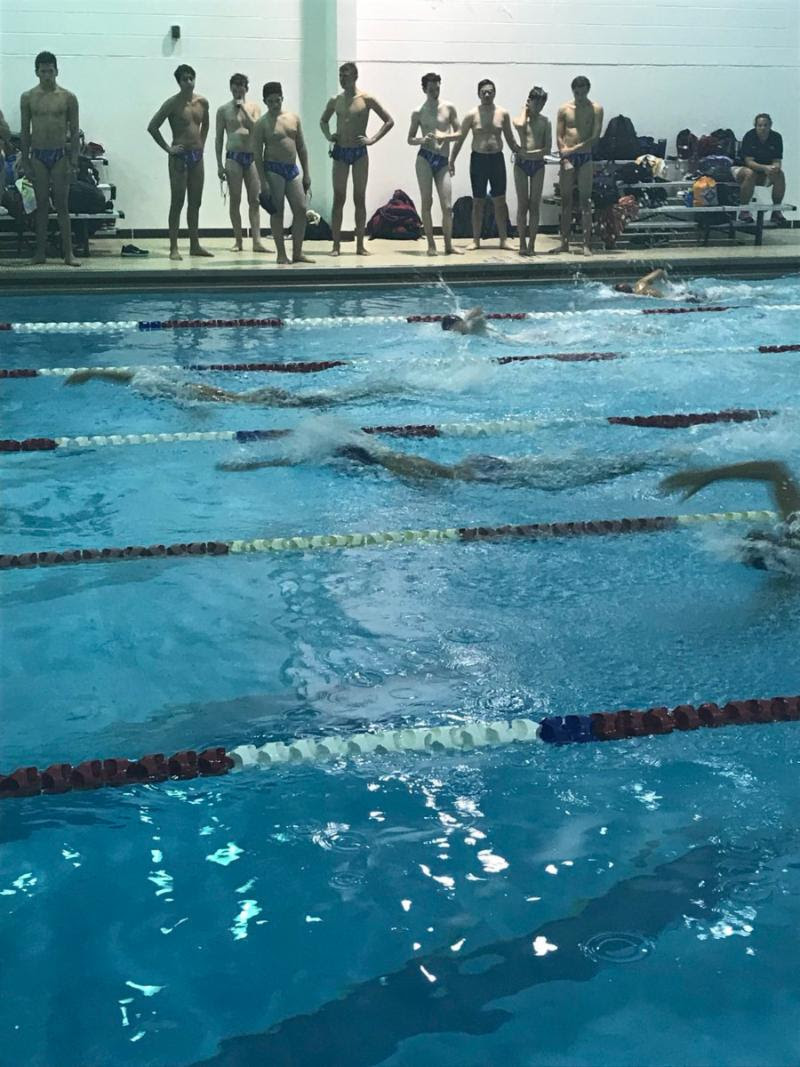 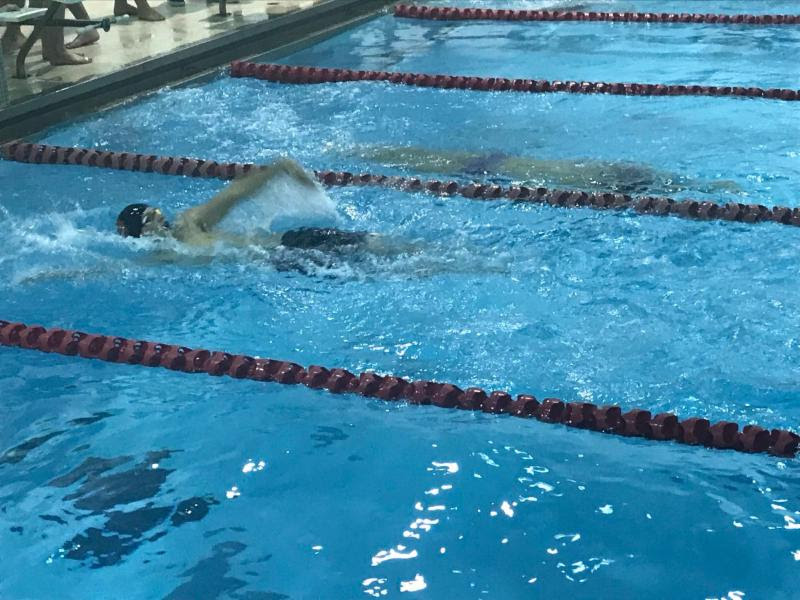 Boys soccer took home a 3-0 win over O'Fallon at their opening game. This week, the Statesmen won against Farmington 3-1. Friday the final score was WG 4 Collinsville 4. Photos via SoccerSTL on Twitter. 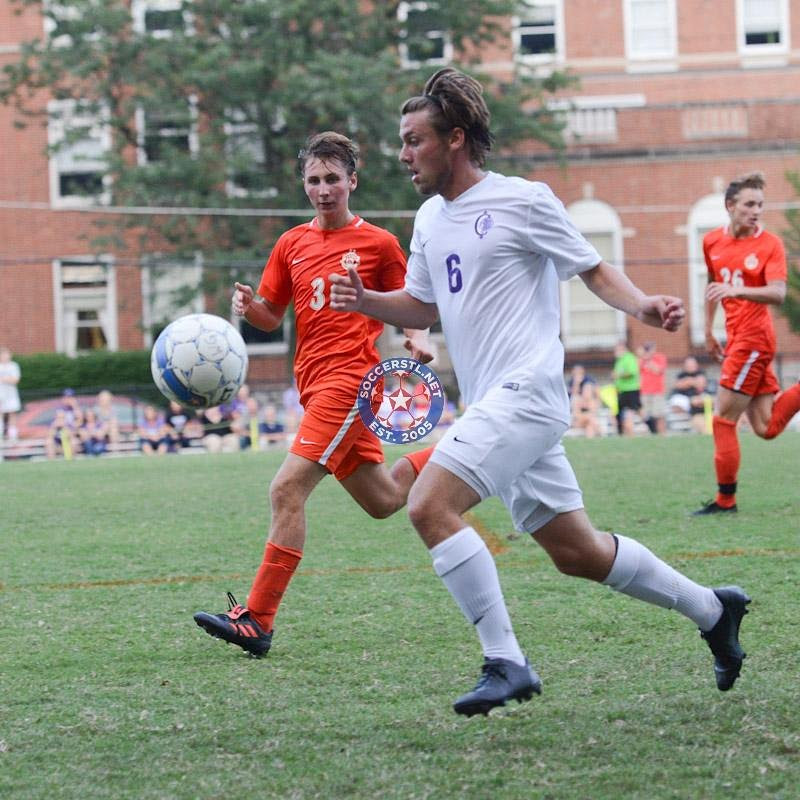 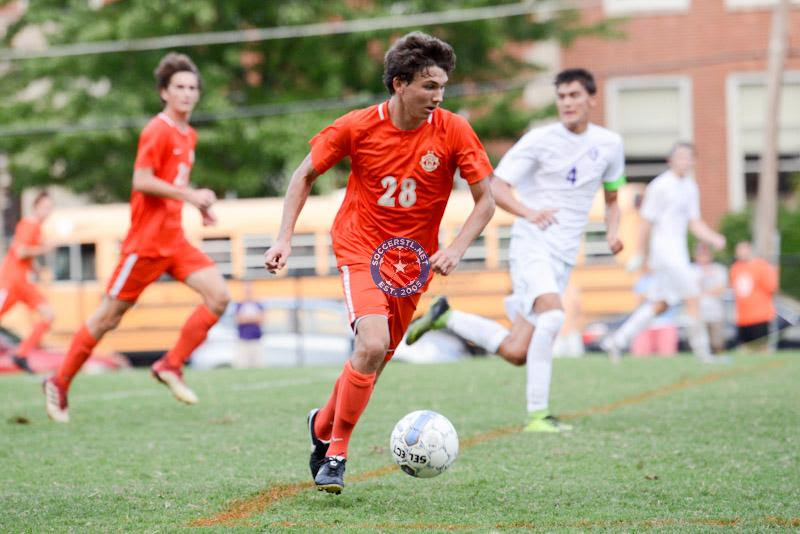 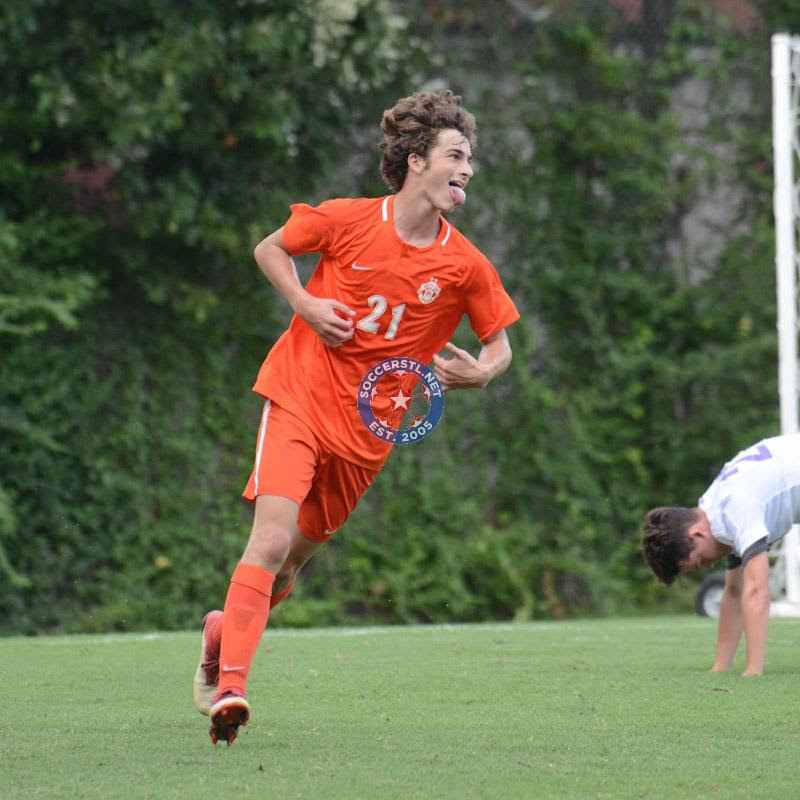 Girls Softball played four games after a rain out for their opener. They had two wins in their first week! Visit their Blogspot for more information about the games. Photo Andrew Graning and Maddie Keefer. 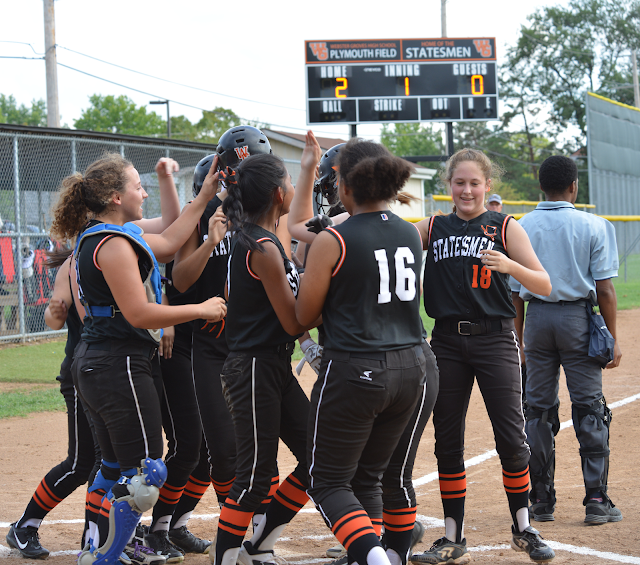 Girls Golf started their season with a match vs Oakville at Quail Creek. Jenna was the match medalist at the event. This week, they played the WG Scramble 2018 where they finished 4th place out of 16 teams. Anna and Jaden placed 10th overall and medaled as a scramble team. Photos and post information via WGHSgolf on Twitter. 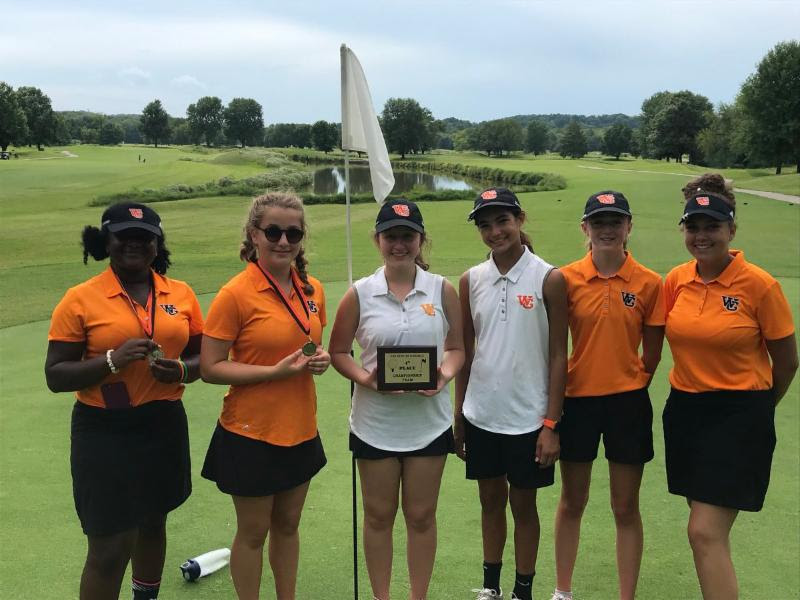 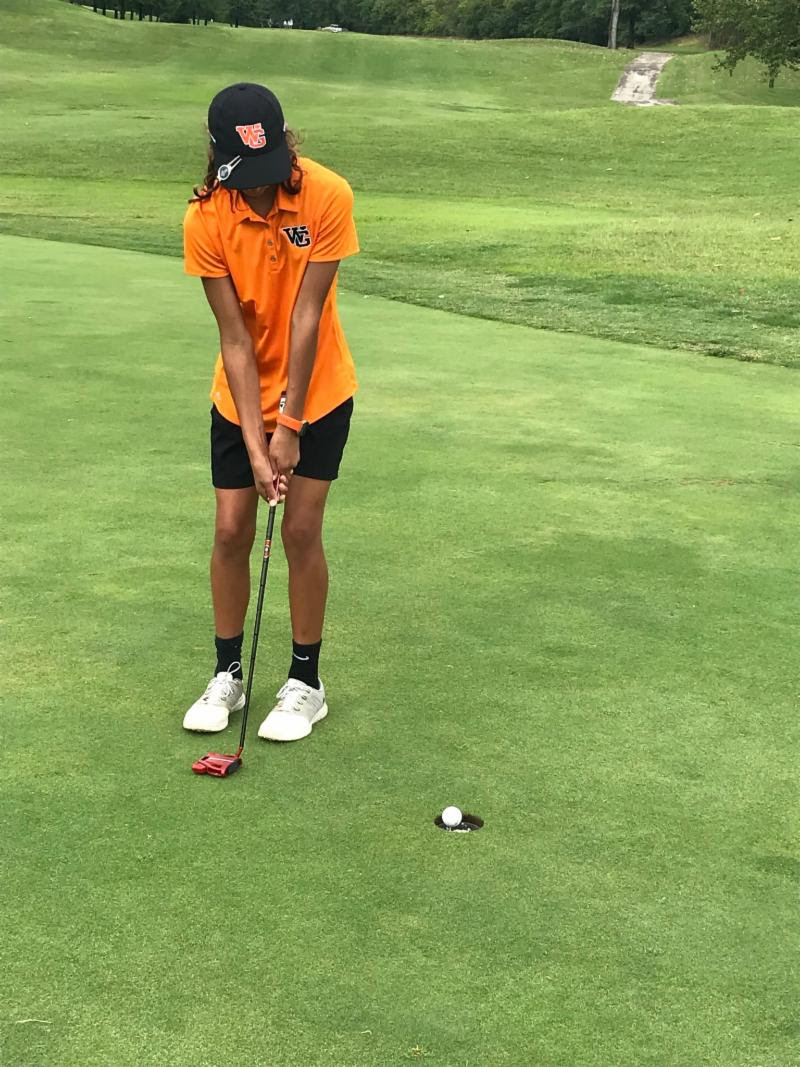 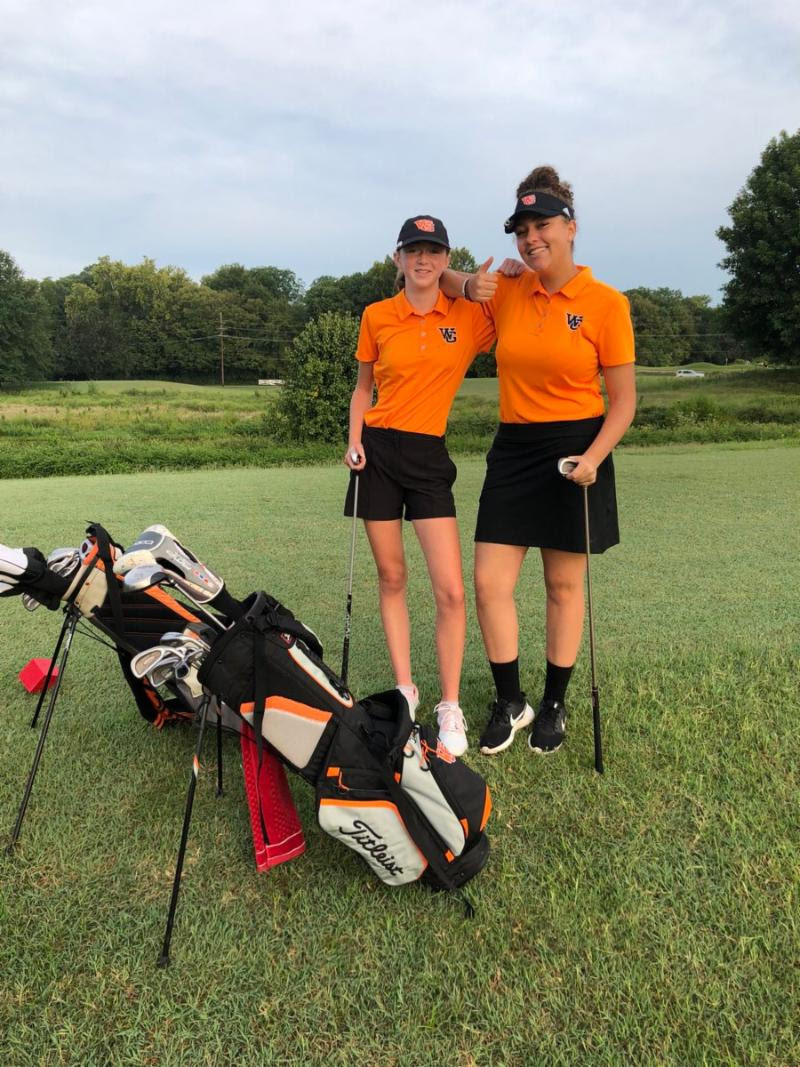 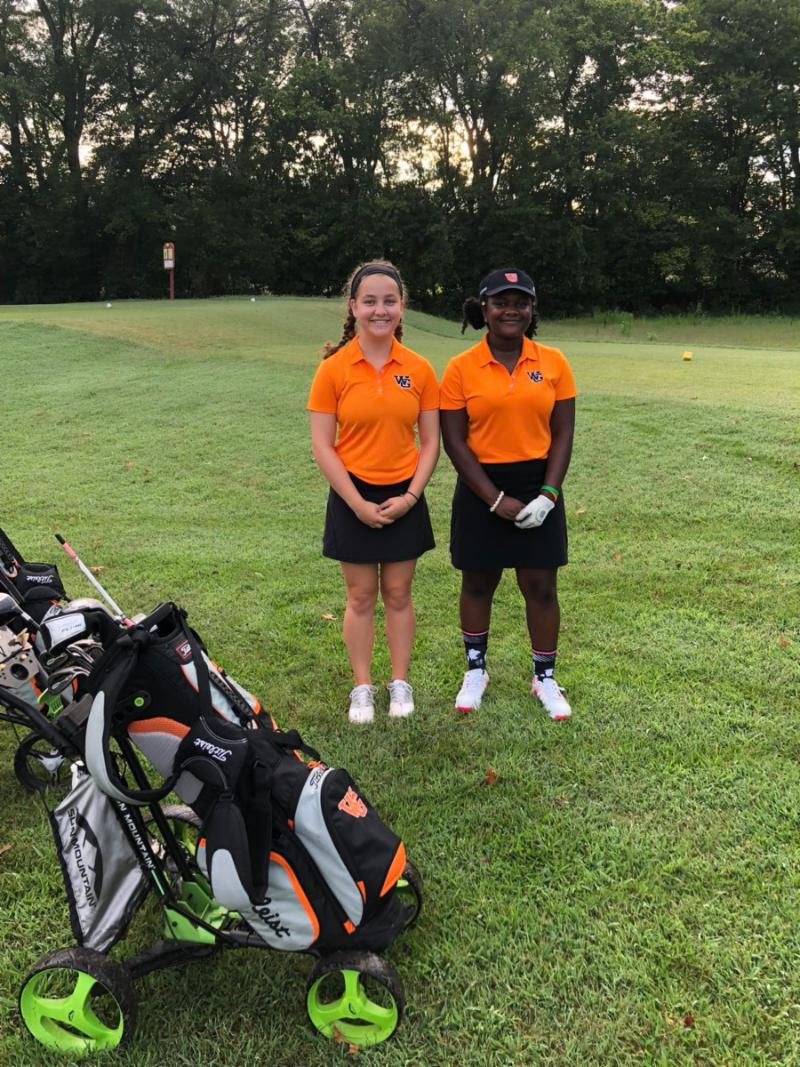 You can learn more about dates, times and locations of upcoming games on the Webster Groves High School Sports Calendar.
Our students had a strong start to the year, and they would love to see the community cheer them on at their upcoming events! 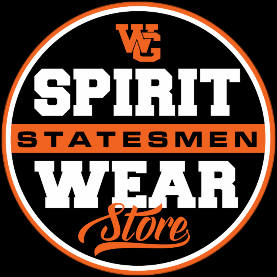 Call for Content!
The Parents' Club is seeking information about all events and activities at the high school. Please send content or information to communications@wghsparentsclub.org. 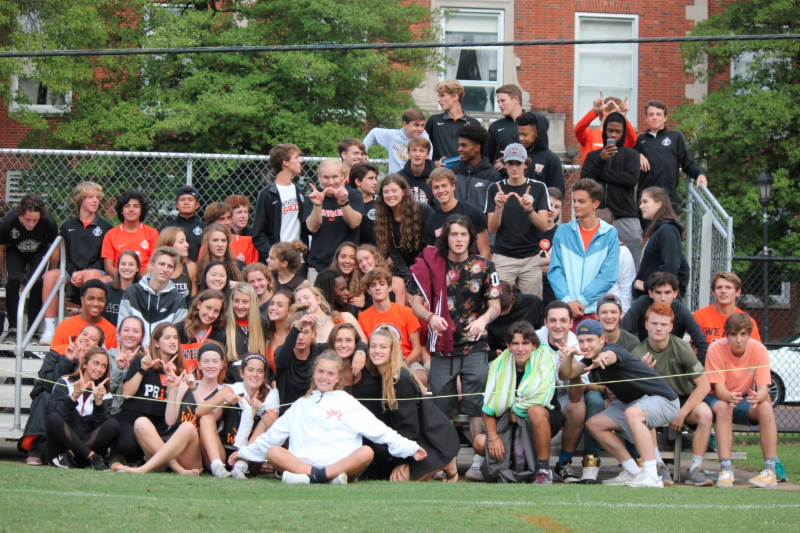 Catch Up with Class of 2020 Scholarship Recipient Jessica Peterson!
January 30, 2021

Catch Up with Class of 2020 Scholarship Recipient Brianna Arinze!
January 30, 2021

Catch Up with Class of 2020 Scholarship Recipient Rosalie Garza!
January 30, 2021